Tamela Mann net worth: Tamela Mann is an American actress and gospel singer who has a net worth of $6 million. That is a combined net worth with her husband since 1988, David Mann.

As an actress, Mann appeared as a regular in Tyler Perry productions, including Diary of a Mad Black Woman (where she contributed to the soundtrack of the film), I Can Do Bad All By Myself and Kingdom Come. But before making her acting debut in 1999, Mann was a gospel singer and a member of the award-winning gospel group "Kirk Franklin and the Family", performing with reputable artists like Mary J.Blige, Celine Dion, Bono and R Kelly. She and her husband David Mann went on to start their own record label, Tillymann Music, in which she recorded five live albums and two studio albums. Her second studio album, The Master Plan (2009), peaked at number two on the Gospel album chart. Her third album Best Days (2012) did better, stealing the top spot on the gospel album charts as well as peaking at number 14 on Billboard 200. In 2012, Mann appeared in the film Sparkle, starring alongside American Idol winner Jordin Sparks and the late great Whitney Houston. In 2015, she also appeared on the hit BET reality television show, It's a Mann's World, with her husband and family. 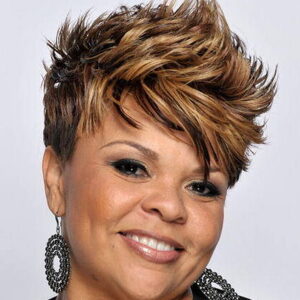