Taeyeon net worth: Taeyeon is a South Korean singer and television personality who has a net worth of $8 million. Taeyeon was born in Jeonju, North Jeolla Province, South Korea in March 1989. She got her start in 2007 as a member of the girl group Girls' Generation and then in the subgroup TTS and the ballad group SM the Ballad.

Taeyeon has also recorded many songs for movies, television dramas, and commercial films. She has won many awards including Best Female Artist and was ranked as the third most popular artist of 2015 by Gallup Korea. Her debut solo studio album I was released in 2015 and reached #1 on the US World chart and #2 in Korea. Taeyeon's second studio album Why was released in 2016 and reached #1 in Korea and #2 on the US World chart. Her singles "I" (featuring Verbal Jint) and "Rain" both reached #1 in Korea. Taeyeon was also featured on the #1 single in Korea "Like a Star" (with The One). 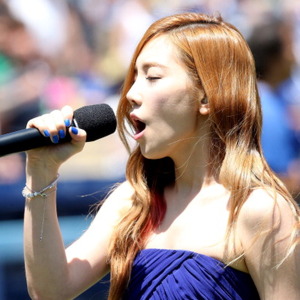