Taeyang net worth: Taeyang is a South Korean singer and songwriter who has a net worth of $20 million. Taeyang was born in Uijeongbu, Gyeonggi-do, South Korea in May 1988. He appeared in the music video "A-yo" by Jinusean and trained with YG Entertainment for six years starting at age 12.

Taeyang made his debut as a member of the South Korean boy band Big Bang in 2006. As a member of Big Bang he has released seven studio albums and eight live albums. Big Bang has also had numerous #1 hit singles in Korea and Japan. Taeyang released his debut studio album Solar in 2010 and the album reached #1 in Korea. His second studio album Rise was released in 2014. The album reached #1 in Korea and on the US Heatseekers and US World charts and #2 in Japan. Taeyang has also had multiple #1 hit singles in Korea as a solo artist. Taeyang has been romantically linked to actress Min Hyo-rin since 2013. In 2017 they revealed to the world their plan to marry. They married in February 2018. 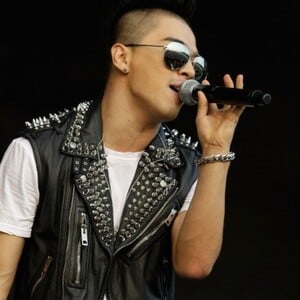