Syd Matters net worth: Syd Matters is a French singer and musician who has a net worth of $3 million. Syd Matters was born in Paris, France in May 1980. He is best known for being the front man of the French band with the same name. The band took their name from modifying the names of the Pink Floyd members Syd Barrett and Roger Waters. The band Syd Matters also includes Olivier Marguerit, Jean-Yves Lozac'h, Clement Carle, and Remi Alexandre. Matters started out playing at small bars and was then signed by Third Side Records. He released his debut album A Whisper and a Sign before forming the four piece band Syd Matters, who played on his second album Someday We Will Foresee Obstacles. The band released the album Brotherocean in 2011. Their songs "To All of You" and "Obstacles" were featured in the 2015 video game Life Is Strange. 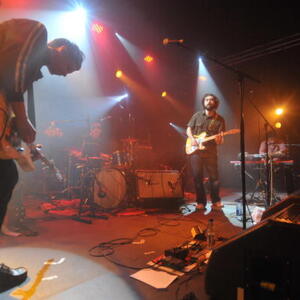