Syahrini net worth: Syahrini is an Indonesian actress, singer, songwriter, dancer, and television personality who has a net worth of $20 million dollars. Syahrini was born in Sukabumi, Indonesia in August 1982. As a singer she released her debut studio album My Love in 2008 and her follow-up album Semua Karena Cinta in 2012.

Syahrini has starred in the films Basahhh… in 2009, The Maling Kuburans in 2009, and Baik-Baik Sayang in 2011. From 2012 to 2013 she served as a judge for the TV series Indonesia Mencari Bakat. She has also appeared in the TV series Ngabuburit in 2014 and Princess Syahrini from 2014 to 2015. Syahrini has won more than 30 awards including two Nickelodeon Indonesia Kids' Choice Awards and two Yahoo! OMG Awards. 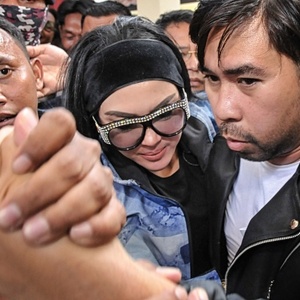