Her style can be described as a mixture of pop and folk and she often goes by her stage name Ceca. Her debut studio album The Nagging Flower was released in 1988 and she has released 15 studio albums and seven live albums. Svetlana Ražnatović inherited the soccer team FK Oblici when her husband passed away and she became president of the club. She was appointed as the honorary president of the Party of Serbian Unity which her late husband formed. Svetlana Ražnatović is also the president of the Third Child humanitarian fund. 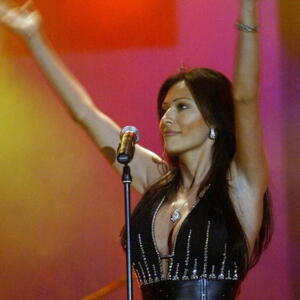