Suzi Quatro net worth: Suzi Quatro is an American singer-songwriter, musician, and actor who has a net worth of $20 million. Suzi Quatro was born in Detroit, Michigan in June 1950. Quatro was the first female bass player who became a major rock star and is credited with helping women participate in rock and roll music.

She had a series of hit singles in the 1970s and starred as bass player Leather Tuscadero on the TV series Happy Days from 1977 to 1979. In 1979 her duet "Stumblin' In" with Chris Norman hit #4 on the chart. Her self-titled debut studio album was released in 1973 and she would go on to release a total of 15 studio albums. Some of Quatro's hits include "48 Crash", "Can the Can", "Devil Gate Drive", "Daytona Demon", and "Your Mamma Won't Like Me". She has sold more than 50 million albums and won six Bravo Ottos. She was inducted into the Michigan Rock and Roll Legends online Hall of Fame in 2010. In 2009 she was selected as one of the twelve Queens of British Pop by BBC TV. 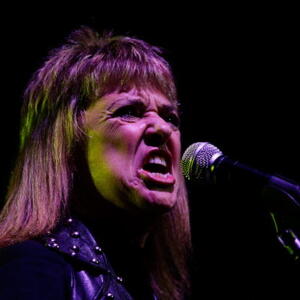