Suzette Quintanilla was born in Lake Jackson, Texas in June 1967. She played drums, percussion, and backing vocals in the band which also featured her sister Selena and brother A.B. Quintanilla. Suzette Quintanilla served as executive producer for the TV series Selena: The Series. She also appeared in the videos Selena: La carcacha, Selena Live: The Last Concert, and Selena: Greatest Hits. Selena released several albums including Selena in 1989, Ven Conmigo in 1990, and the #1 hits Entre a Mi Mundo in 1992, Amor Prohibido in 1994, and Dreaming of You in 1995 which reached #1 on the US and US Latin charts. Selena has sold more than 30 million units worldwide. Selena was murdered in 1995 at 23 years old. 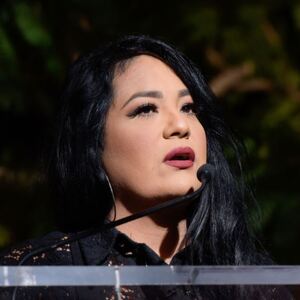