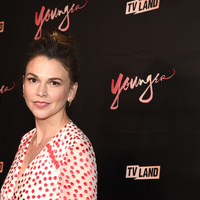 Sutton Foster net worth: Sutton Foster is an American actress, singer, and dancer who has a net worth of $4 million. Sutton Foster was born in Statesboro, Georgia in March 1975. She is a popular Broadway star who has won two Tony Awards for Best Performance by a Leading Actress in a Musical for her roles in Thoroughly Modern Millie and Anything Goes. She has also starred in several other productions including Little Women, Young Frankenstein, and Shrek the Musical. From 2012 to 2013 she starred as Michelle Simms on the television series Bunheads. Sutton Foster began starring as Liza Miller on the TV series Younger in 2015. She won a Gracie Allen Award in 2013 for Outstanding Female Actor in a Breakthrough Role for Bunheads. Foster has also been nominated for several wards including a Grammy Award for Best Musical Theater Album in 2012. She was married to Christian Borle from 2006 to 2010 and married Ted Griffin in 2014.