Susan Tedeschi net worth: Susan Tedeschi is an American blues and soul musician who has a net worth of $6 million. Susan Tedeschi was born in Boston, Massachusetts in November 1970. She is a singer, songwriter, and guitar player who is a member of the Tedeschi Trucks Band with her husband Derek Trucks.

She has released the solo albums Better Days, Just Won't Burn, Wait for Me, Live from Austin, TX, Hope and Desire, and Back to the River. As part of the Tedeschi Trucks Band she has released the albums Revelator, Everybody's Talkin', Made Up Mind, and Let Me Get By. At six years old she was an understudy in a Broadway musical and later went on to study at the Berklee College of Music. She formed the Susan Tedeschi Band in 1993 and has collaborated with several artists including Willie Nelson and Buddy Guy. Tedeschi won a Grammy Awards for Best Blues Album in 2012 for Revelator. She has also been nominated for five other Grammy Awards. 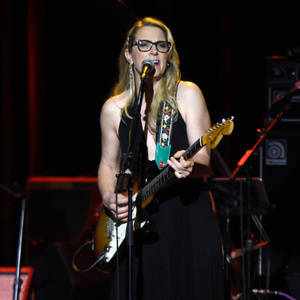