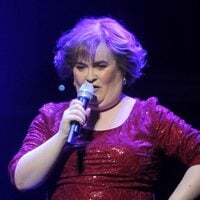 What is Susan Boyle's Net Worth?

Susan Boyle is a Scottish singer and reality TV star who has a net worth of $40 million. She rose to fame as a contestant on the third season of reality competition show "Britain's Got Talent", and has gone on to enjoy a successful music career. She holds the record for being the oldest artist to reach No. 1 with a debut album, and she also holds the record for having the fastest selling debut album by a female in the United Kingdom. Most of her net worth comes from concert earnings, royalties, and advances.

Susan Magdalane Boyle was born in Blackburn, West Lothian, in Scotland, on April 1, 1961. Her father, Patrick, was a WWII veteran that worked as a miner, and her mother, Bridget, worked as a shorthand typist. Her father also occasionally worked as a singer at a venue called the Bishop's Blaize. Boyle was the youngest of nine children, she has four brothers and four sisters. As a child, she was often bullied. She was actually raised believing that due to a difficult birth, she had been deprived of oxygen as an infant, resulting in a learning disability. However, later on as an adult she learned that she was misdiagnosed and actually has Asperger syndrome along with an "above average" IQ. She struggled with school, and earned few qualifications. She did however take singing lessons from vocal coach Fred O'Neil, and attended Edinburgh Acting School.

In 1998, Boyle used her personal savings to pay for a professionally cut demo that she sent out to record companies, radio talent competitions, and local and national TV. On the demo, she sang the tracks "Cry Me a River", "Killing me Softly", and "Don't Cry for Me Argentina". Eventually, after her "Britain's Got Talent" audition, these songs were uploaded to the internet. Other early material of Boyle's to make its way onto the internet following her first television appearance on "Britain's Got Talent" include her rendition of "Cry Me a River" on the CD "Music for a Millennium Celebration, Sounds of West Lothian", which she contributed to in 1999.

After Boyle won several singing competitions, her mother encouraged her to apply to be a contestant on the televised talent show "Britain's Got Talent". She had already abandoned an audition for the show "The X Factor" because she believed that contestants were being chosen for their looks, and thus she didn't stand a chance. She almost abandoned her "Britain's Got Talent" audition too, but her former singing coach O'Neil convinced her to stick with it. Part of Boyle's motivation behind auditioning also had to do with the memory of her mother, who had passed away, to pay tribute to her. Her audition on "Britain's Got Talent" was actually the first time Boyle sang in public since her mother's passing.

In 2008, Boyle joined the preliminary auditions in Glasgow for season three of "Britain's Got Talent" as contestant number 43212. She made it all the way to the televised auditions of the show, where she performed the song "I Dreamed a Dream" from the musical "Les Miserables". Her first round audition was aired on April 11, 2009, and it was watched by over 10 million viewers. Thanks to her audition, she became an overnight sensation when she dazzled everyone with her talent. Eventually, she finished the series as the first runner-up, and has since gone on to enjoy a successful musical career. 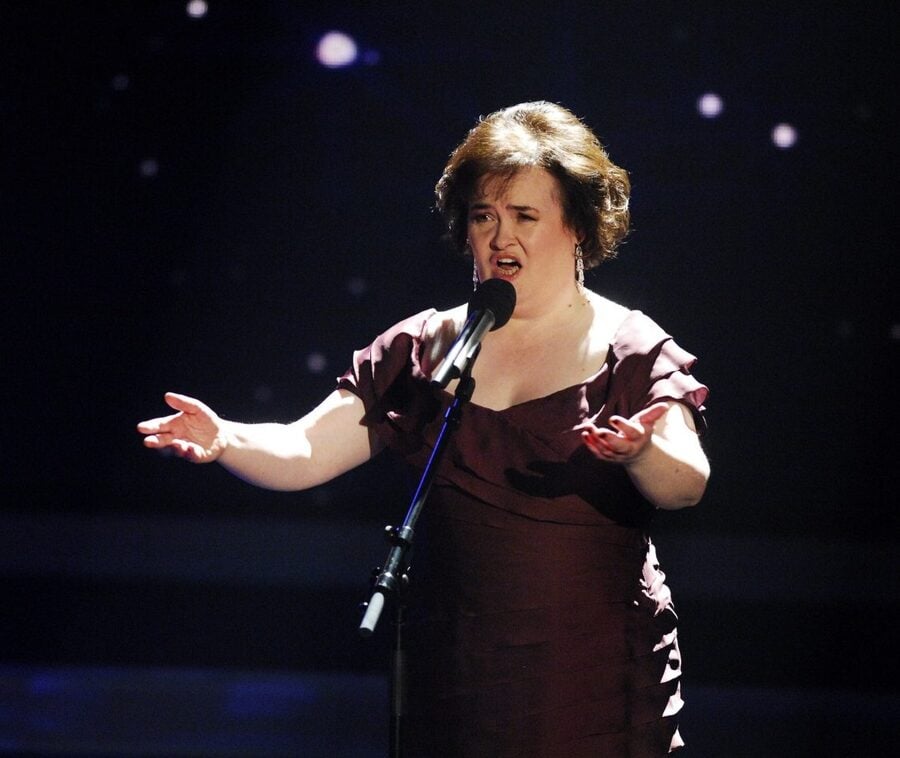 After her season on "Britain's Got Talent", Boyle quickly released her debut album, "I Dreamed a Dream", via "Britain's Got Talent" judge Simon Cowell's record label Syco (now part of Sony). It was not surprising at all that it reached the No. 1 position on both the US and UK charts. Her first studio effort set a record in her homeland for first-week sales. By the end of the year, "I Dreamed a Dream" proved to be more than an instant success as it became the second-biggest seller of 2009 in the US and was a chart-topper throughout Europe.

In 2010, Boyle treated her fans with another album, "The Gift", which was launched in November that year and debuted at No. 1 in the UK album charts selling 102,000 copies in its first week. As the incredible singer that she is, Boyle was nominated for the Best Pop Vocal Album category at the 2011 Grammy Awards, up against none other than the iconic artist Lady Gaga. She has gone on to release six more albums: "Someone to Watch Over Me" (2011), "Standing Ovation: The Greatest Songs from the Stage" (2012), "Home for Christmas" (2013), "Hope" (2014), "A Wonderful World" (2016), and "Ten" (2019). She has also gone on one concert tour, "Susan Boyle in Concert", which ran from July 2013 to November 2014. It's Boyle's voice that has helped her accumulate an abundant fortune overnight, which only continues to grow mainly because of Boyle's concerts, royalties and advances.

Boyle has received many awards and accolades over the years in honor of her incredible talent. In 2012, she received an honorary doctorate from Queen Margaret University in Edinburgh, and in 2015 she received an honorary doctorate from the Royal Conservatoire of Scotland, Glasgow. Additionally, she is the holder of several world records, including Fastest-selling Album by a Female (UK), Most Successful First Week UK Debut Album Sales, and Oldest Artist to Reach No. 1 with a Debut Album (US & UK), among others.