Sufjan Stevens Net Worth: Sufjan Stevens is an American musician who has a net worth of $4 million. Born in Detroit, Michigan, in 1975, Sufjan Stevens earned a master's degree in fine arts from New York City's The New School. He learned to play a variety of instruments, including the banjo, guitar, piano, drums and English horn.

His musical career began with a folk-rock group based out of Michigan called Marzuki. His first solo album, "A Sun Came", released when he was in college. He began working on a Fifty States Project and first released the album "Michigan", which he followed up with "Illinois". "Illinois" is perhaps the biggest hit of Stevens' career. The song "Chicago" became immensely popular after the release and the album topped the Billboard Top Heatseekers chart. Stevens has his own Christmas album and frequently takes musical inspiration from religion and the Bible. He has collaborated with a handful of other artists, including Rosie Thomas, Soul Junk and Clare & the Reasons. In the late 2000s, Stevens suffered from a strange viral infection that caused him so much pain, he had to quit music until he was well. He credits his 2010 album, "The Age of Adz", with allowing him to express the pain he felt during that time. Stevens currently lives in Brooklyn, New York. He created Asthmatic Kitty Records which is now run by his step dad. 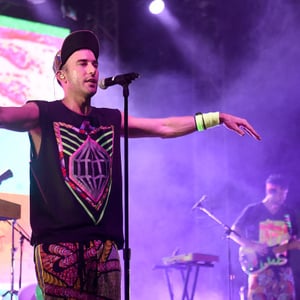