What is Stevie Wonder's Net Worth?

Stevie Wonder is an American musician, singer, songwriter, and record producer who has a net worth of $200 million dollars. A multi-instrumentalist, composer, and songwriter, Wonder is considered by many to be a genius. Stevie Wonder was signed to Motown Records at the age of 11. Some of his 30 #1 hits include "Superstition," "Isn't She Lovely," and "I Just Called to Say I Love You."

Stevland Hardaway Judkins was born in Saginaw, Michigan on May 13, 1950. He is the third of six children of songwriter Lula Mae Hardaway and Calvin Judkins. Wonder was six weeks premature. The oxygen-rich incubator combined with his preemie status led to his blindness, which is officially a condition known as retinopathy of prematurity. Stevie's parents divorced when he was four. Stevie and his siblings moved to Detroit with their mom. When he was a kid, he sang in the choir of his local Baptist Church. Stevie showed musical inclinations at a young age and easily picked up the piano, drums, and harmonica. Wonder's blindness gave him a heightened awareness of sound that let him create vibrant and colorful music. His talent was soon spotted by Motown CEO Berry Gordy and in 1961 he signed with Motown. He was 11.

Because Wonder was just a child, Motown drew up a five-year contract in which royalties would be placed in a trust until Stevie turned 21. He and his mom were paid a weekly stipend of $2.50 to cover their expenses — this is equivalent to about $21 today. When he was 11, he released "Tribute to Uncle Ray," his first album, which was full of covers of songs by Ray Charles. The instrumental album called "The Jazz Soul of Little Stevie" was released next. Stevie joined the Motortown Revue near the end of 1962. His 20-minute performance at Chicago's Regal Theater was released as the 1963 album "Recorded Live: The 12-Year-Old Genius." The single "Fingertips" from the album became a big hit.

In September 1970, at the age of 20, Wonder married Syreeta Wright, a singer-songwriter. Wright and Wonder worked together on the next album, 1971's "Where I'm Coming From." Wonder turned 21 on May 13, 1971, and let his Motown contract expire.

Wonder signed a new contract with Motown Records which was a precedent at Motown as it gave Wonder a much higher royalty rate. Wonder returned to Motown in March 1972 with "Music of My Mind." Released in late 1972, "Talking Book" featured the number one hits "Superstition" and "You Are the Sunshine of My Life." Between them, the two songs won three Grammy Awards.

"Innervisions," released in 1973, featured "Higher Ground" (No. 4 on the pop charts) as well as "Living for the City" (No. 8). Both songs reached number one on the R&B charts. "Innervisions" generated three more Grammy Awards, including Album of the Year. The album is ranked No. 23 on Rolling Stone's 500 Greatest Albums of All Time.

Among Wonder's best-known works are compositions like "Superstition," "Sir Duke," "You Are the Sunshine of My Life," "Mon Cherie Amour," and "I Just Called to Say I Love You." As for his best-known albums, they include "Talking Book," "Innervisions," and "Songs in the Key of Life." Having received 25 Grammy Awards, Wonder is the most awarded male solo artist ever. In addition to the above, he is also appreciated for his work as an activist for political causes, including his 1980 campaign to make Martin Luther King, Jr.'s birthday a holiday in the United States. By popular vote, Stevie Wonder was inducted into The Soul Music Hall of Fame in December 2012. 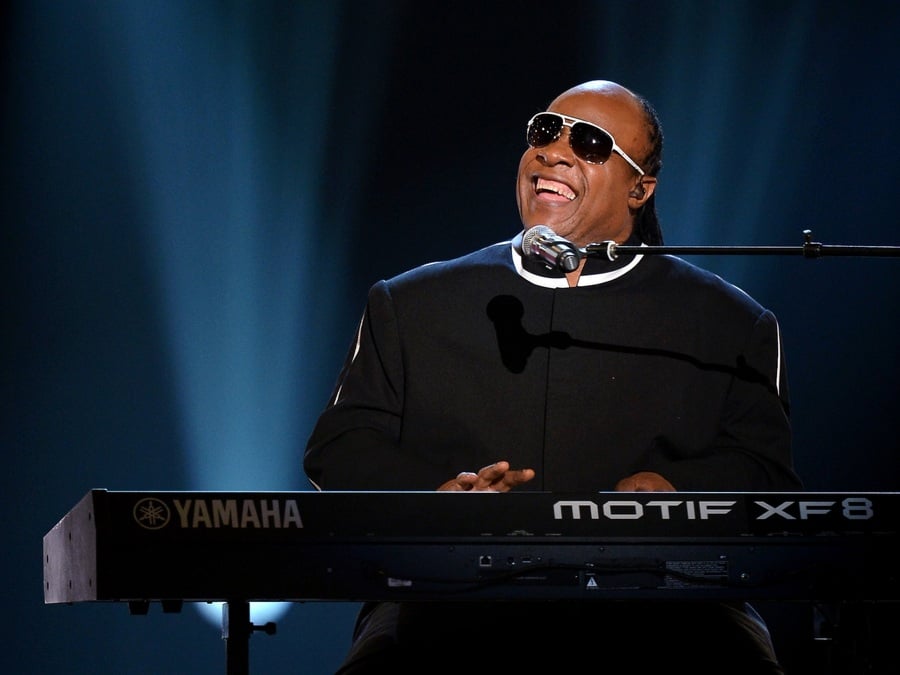 Wonder has been married three times and has nine children by five different women. In 1970 he married Motown singer-songwriter Syreeta Wright. They divorced amicably in 1972. He was married to fashion designer Kai Millard from 2001 to 2012. In 2017, he married Tomeeka Bracy.

Aisha Morris, born in 1975, is Wonder's oldest child. Her mother is Yolanda Simmons, whom Wonder met when she applied for a secretarial job at his publishing company. She is the inspiration for Wonder's hit single "Isn't She Lovely?" She is a singer who has toured with her father and accompanied him on recordings. Wonder and Simmons also had a son, Keita, in 1977.

In 1983, Wonder had a son, Mumtaz Morris, with Melody McCully. He has a daughter, Sophia, and a son, Kwame, with a woman whose identity has never been disclosed publicly. He has two sons, Kialand and Mandla, with his second wife Kai Millard.

Wonder's ninth child, his second with Tomeeka Robyn Bracy, a daughter named Nia, was born in December 2014. The name of Wonder's first child with Bracy is unknown.

In December 2021 Stevie paid $14 million for a 20,000 square-foot mansion in Los Angeles' Bel Air neighborhood. The seller was a member of the Saudi Royal Family. 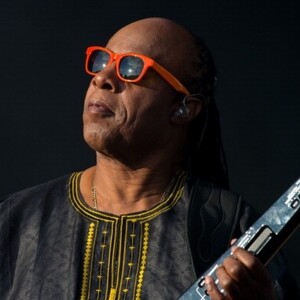