Steve Wariner net worth: Steve Wariner is an American country music singer, songwriter, and musician who has a net worth of $10 million. Steve Wariner was born in Noblesville, Indiana in December 1954. Wariner is a country singer and guitar player who has released 18 studio albums. He has had over 50 singles on the Billboard country singles charts. Wariner has had 10 #1 hits including "All Roads Lead to You", "You Can Dream of Me", "Some Fools Never Learn", "Small Town Girl", "Lynda", "The Weekend", "I Got Dreams", "Where Did I Go Wrong", and "What If I Said". Wariner has had three albums certified Gold. As a songwriter he has written #1 singles for Garth Brooks and Clint Black. Wariner has also written songs for Keith Urban, Bryan White, Glen Campbell, and Brad Paisley. He has won three Grammy Awards for Best Country Instrumental and one for Best Country Collaboration with Vocals. He is one of only six guitar players in the world given the Certified Guitar Player award by Chet Atkins. In 1996 Wariner became a member of the Grand Ole Opry and he was inducted into the Music City Walk of Fame in 2008 and the Kentucky Music Hall of Fame in 2011. 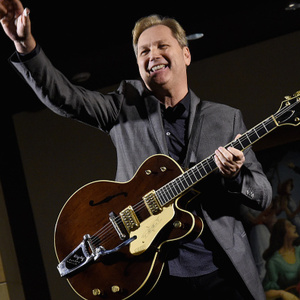