Steve Lawrence net worth: Steven Lawrence is an American singer and actor who has a net worth of $10 million dollars. Steve Lawrence, also known as Sidney Leibowitz, was born in Brooklyn, New York,. He began his professional performing career in the mid-50s, and by the late 50s, he was churning out hits.

Some of his Top 10 tracks include, "Go Away Little Girl", "Pretty Blue Eyes", and "Footsteps". In addition to his successful studio recording career, he has also enjoyed a successful television and theater career. He appeared on such television shows as "The Danny Kaye Show", "The Judy Garland Show", "The Carol Burnett Show", "Police Story", "Murder, She Wrote", "Gilmore Girls", and "CSI". He often appeared onstage with his wife, famed singer Eydie Gorme, including working opposite her in the Broadway musical, "Golden Rainbow". He has been nominated for a Tony Award, and has won a New York Drama Critics' Circle Award, and four Emmy Awards (two shared with Eydie Gorme). 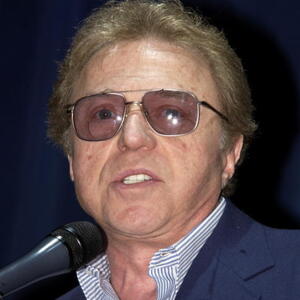