Stephen Marley Net Worth: Stephen Marley is a Jamaican American musician who has a net worth of $20 million. Born Stephen Robert Nesta Marley on April 20, 1972, in Wilmington, Delaware, he followed in the footsteps of his father, reggae legend Bob Marley, by becoming a notable musician himself.

Having inherited the talents and being raised in a musical family, Stephen and his siblings Ziggy, Cedella and Sharon are all members of the family band Ziggy Marley & The Melody Makers. He has compiled a rich resume that primarily includes various collaborations and solo projects. Furthermore, he has done some production work for his brothers, Damian Marley and Julian Marley, as well as he performed on the 1999 Bob Marley mash-up "Chant Down Babylon. In 2003, he and Damian worked together on an album called "Educated Fools" under the name Marley Boyz. As a solo artist, Stephen has released to date four studio albums, starting with "Mind Control," in March 2007. It won a Grammy Award for Best Reggae Album the same year, after which Marley brought home four more Grammys. Today, he lives and works in Miami, Florida, where he has his own private recording studio. 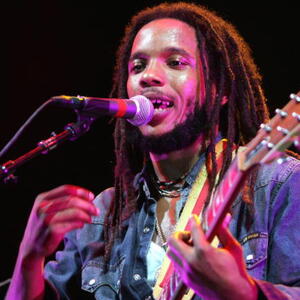