Stella Parton net worth: Stella Parton is an American country music singer and songwriter who has a net worth of $10 million. Stella Parton was born in Sevierville, Tennessee in May 1949. Stella is the younger sister of Dolly Parton.

Her biggest hit was the single "I Want to Hold You In My Dreams Tonight" in 1975. Her debut studio album In the Garden was released in 1967 and she has released a total of 10 studio albums. As an actress Parton has starred in the movies Cloud Dancer, Ragin' Cajun, Seven to Midnight, Ghost Town: The Movie, A Dance for Bethany, and Dolly Parton's Coat of Many Colors. She has served as a spokesperson for Mothers Against Drunk Driving and has her own consulting business Attic Entertainment Artist Development & Entertainment Consulting. Parton was inducted into the American Old-Time Country Music Hall of Fame in 2006. 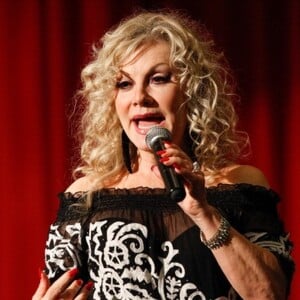