Farm. Scott also had a recurring role as Clare Wilson on the TV series Law & Order: Special Victims Unit in 2014. She has starred in the movies Flipped, No Strings Attached, Wreck-It Ralph (voice), Insidious: Chapter 3, and Caught. Scott has also appeared in episodes of the TV series Chuck, The New Adventures of Old Christine, Sons of Tucson, and Jessie. She is scheduled to star in the upcoming films I.T., Life at These Speeds, and Jem and the Holograms. Scott has won Young Artist Awards for Supporting Young Actress in Flipped in 2011 and A.N.T. Farm in 2012. She serves as a cookie ambassador for Cookies for Kids Cancer. 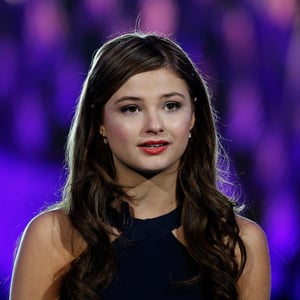