Stanley Huang Net Worth: Stanley Huang is a Taiwanese-born American singer who has a net worth of $8 million. Stanley Huang was born in Taipei, Taiwan in September 1974. Stanley was a member of the boy band L.A. Boyz with his brother Jeffrey and his cousin Steven Lin. L.A.

Boyz are considered the first rap group in Taiwanese popular music. They were active from 1992 to 1997 and released 13 albums. The Boyz were recognized at Singapore's Billboard Awards, Hong Kong Billboard Awards, and the Golden Melody Awards. Stanley started his solo career and released his debut studio album Your Side in 2000. He also released the albums Circus Monkey, Stan Up, and Shades of my Mind on Virgin Records. His fifth solo album Atheist Like Me was released in 2007 on Capitol Records and his latest We All Lay Down in the End was released on Warner Music Taiwan in 2008. His 2004 album Shades of My Mind earned him nominations at the 16th Golden Melody Awards. Huang won the Best Male Mandarin Artist Award. He has written and produced songs for his brother's hip-hop group Machi. He is also an actor and appeared in the films Modern Republic, Twenty Something Taipei, Go Lala Go!, and Dear Enemy. Huang also published the book Between Stanley. 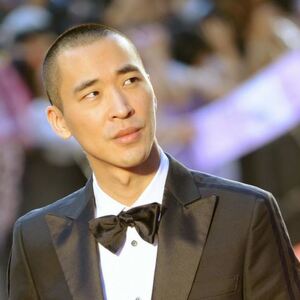