Stacie Orrico Net Worth: Stacie Orrico is an American singer, songwriter and occasional actress who has a net worth of $3 million. Born March 3, 1986 in Seattle, Washington, Stacie Orrico was signed to her first record deal when she was only twelve years old with ForeFront Records (a contemporary Christian label) and recorded her first album, Genuine, in 2000.

The debut album sold 13,000 in its first week of release. She was soon signed to Virgin Records and recorded her self-titled album, Stacie Orrico (2003), which debuted at #59 on the Billboard 200 and was subsequently certified gold with over 500,000 sales in U.S. The middle child of five siblings, Orrico's family moved from Seattle, Washington to Denver, Colorado, where she took piano lessons. Her parents loved to travel, so the family moved frequently. Orrico was influenced by a variety of musical styles and was a member of a church choir, often accompanying the family on piano when they sang Christian hymns. She says she always loved Whitney Houston, Mariah Carey and Ella Fitzgerald and cites her other musical influences as Billie Holiday, Sarah Vaughn and Toni Braxton. Orrico wrote her first song, Always Answer, at the age of six. 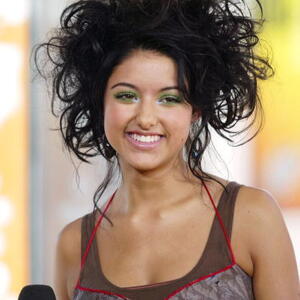