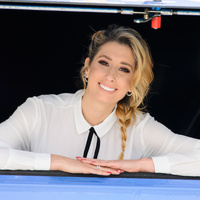 Stacey Solomon net worth: Stacey Solomon is a British singer and reality star who has a net worth of $5 million. Born in Dagenham, London, England, Stacey Solomon became pregnant during her last year of high school. She auditioned for the sixth season of "The X-Factor" in 2009, and went on to finish in third place behind Joe McElderry and Olly Murs. She began working on her debut album in 2011, but release was delayed while she focused on her baby. The album release date has since been pushed back to early 2013. In addition to releasing various singles and performing, she has also appeared on the reality shows, "I'm a Celebrity… Get Me Out of Here!", and "Celebrity Mastermind". She won "I'm a Celebrity…", and received the lowest score ever on "Celebrity Mastermind". She has also served as a presenter for "Sing If You Can", "Top Dog Model" and "The Love Machine". She is currently a judge on the new show. In 2017 she returned to The X Factor UK as a co-presenter.

Stacey has been in a relationship with British actor/presenter Joe Swash since 2015. In May 2019 they welcomed a child together.