Spragga Benz net worth: Spragga Benz is a Jamaican dancehall DJ who has a net worth of $5 million. Spragga Benz was born in Kingston, Jamaica in May 1969. He started his career in 1991 and was once known as Spaghetti because he is tall and thin. Spragga Benz released his debut studio album Jack It Up in 1994. He has also released the albums Uncommonly Smooth in 1995, Two Bad DJs with Beenie Man in 1999, Fully Loaded in 2000, Thug Nature in 2002, Live Good in 2007, and Shotta Culture in 2010. His single "Oh Yeah" featuring Foxy Brown reached #63 on the Hot R&B/Hip-Hop chart. Spragga Benz's single "Turn Me On" featuring Kevin Lyttle reached #4 in the US and #20 on the Hot R&B/Hip-Hop chart. He has collaborated with several other artists including Carly Simon, Wyclef Jean, Lady Saw, Swizz Beats, Shabba Ranks, Kardinal Offishall, Nas, Smoke DZA, Kelis, Darryl Riley, Tanya Stephens, Stephen Marley, Julian Marley, Lil Bow Wow, Alison Hinds, and more. Spragga Benz appeared in the films Brooklyn Babylon and Shottas. 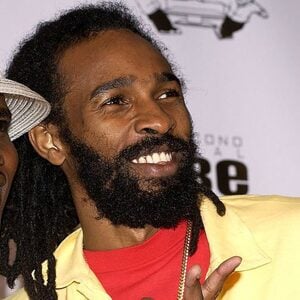