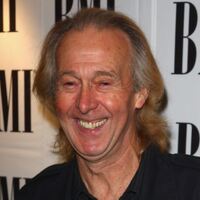 Spencer Davis net worth: Spencer Davis was a Welsh musician and singer who had a net worth of $10 million at the time of his death. He is best known for being the founder and front man of The Spencer Davis Group which had a massive hit with "Gimme Some Lovin". Spencer died on October 19, 2020 at the age of 81.

Later in life Spencer enjoyed a successful career as an A&R rep at Island Records where he signed several up-and-coming punk and reggae bands.

According to interviews later in his life, "Gimme Some Lovin" reportedly earned Spencer around $500 thousand per year in royalties decades after it was released. Spencer, Steve Winwood and Muff Winwood co-wrote the song.