Soraya Net Worth: Soraya was a Colombian-American singer-songwriter, guitarist, record producer, and arranger who had a net worth of $10 million. Soraya was born in Point Pleasant, New Jersey in March 1969 and passed away in May 2006. She learned to play guitar and classical violin and her first performance came at Carnegie Hall in New York City with the N.Y.C.

Youth Philharmonic. She started writing her own music in high school and was valedictorian. Soraya studied at Rutgers University and worked as a flight attendant. She signed with Polygram Records/Island Records in 1994. Soraya's debut studio album On Nights Like This was released in 1996. The Album sold four million copies worldwide and almost a million in the United States. It reached #1 in Argentina, Columbia, Germany, Mexico, and on the Latin Pop and Top Latin charts. Her second studio album Wall of Smiles was released in 1997 and sold 1.5 million copies worldwide and hit #1 in Argentina and Columbia. She released a total of five studio albums that all sold at least a million copies worldwide. Soraya had #1 singles with "Suddenly", "Stay Awhile", "So Far Away", "I'm Yours", "Where Did You Go?", "Almost", "All For You", "Lead Me", and "Como Seria". Soraya won a Latin Grammy Award in 2004 for Best Album by Songwriter. Soraya passed away on May 10, 2006 at 37 years old from breast cancer. 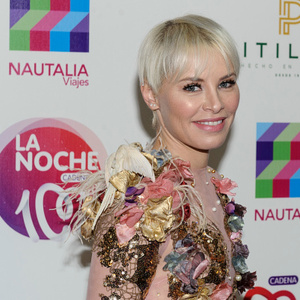