Sophie first became famous after she began appearing with her family on the A&E reality series, "Gene Simmons: Family Jewels", which is one of the network's most popular shows. Gene Simmons Family Jewels ran seven episodes between 2006 and 2012 Its seventh season aired from May to July 2012. When she wasn't appearing on TV, Sophie attended Pitzer College, in Claremont, California, where she earned a degree in Religious Studies. Following in her father's footsteps, she dreams of launching a singing career. She recently made headlines, when she auditioned for the second season of "The X Factor" in San Francisco. Her father accompanied her, but there was no word on how she fared in front of the judges. She often performs with her brother, Nick Simmons. In 2016, Sophie posed for a lingerie company Adore Me. 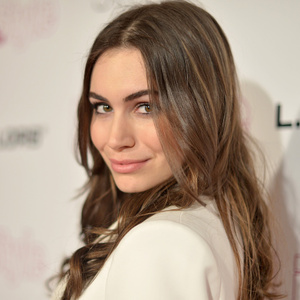