Sophie B. Hawkins Net Worth

What is Sophie B. Hawkins' Net Worth?

Sophie B. Hawkins is an American singer, songwriter, musician and painter who has a net worth of $4 million. Her debut album Tongues and Tails on Columbia Records was released in 1992 and was certified Gold in the US. Her albums have charted in the US, Australia, the Netherlands, Norway, New Zealand, Sweden, Switzerland, and the UK. Her 1992 single "Damn I Wish I Was Your Lover" made the Top 10 in the US and Australia and her 1995 single "As I Lay Me Down" reached #1 on the US Adult Contemporary and Adult charts and reached the Top 10 in the US and Australia as well.

Sophie Ballantine Hawkins was born on November 1, 1964 in New York City, New York. Her father worked as a lawyer while her mother, Joan Winthrop, was a famous British novelist. She grew up with her two older siblings in Manhattan. Growing up, she always enjoyed music and was heavily influenced by Bob Dylan. She was initially attracted to playing the drums but did not begin taking lessons until the age of 14. She attended the Manhattan School of Music for a year before leaving to pursue a professional career in music.

Hawkins initially began her music career working as a professional percussionist for Bryan Ferry. She also was working on her own music and released her first album, "Tongues and Tails," in 1992. The album was very well-received around the world, both by the critics and audiences. In 1993, she earned a Grammy Award nomination in the Best New Artist category. One of the singles from the album, "Damn I Wish I Was Your Lover," reached the fifth spot on the Billboard Hot 100 singles chart and also did well in the United Kingdom. She also included a cover of the Bob Dylan song, "I Want You," on the album and was asked to perform the cover at a Madison Square Garden concert held in honor of Dylan's 30th anniversary as a musician.

Hawkins then began working on music for her second album. "Whaler" was released in 1994 and was produced by Stephen Lipson. One of the singles from the album, "As I Lay Me Down," became a top ten hit in the United States and also did well in the United Kingdom, along with the single "Right Beside You." The album went on to become certified as Gold.

In 1994, Hawkins also decided to pose nude for "Interview" magazine. She later explained that she had not originally planned to pose nude but the photographer, Bruce Webber, deliberately had her wear an unflattering dress as part of a plan to eventually convince her to disrobe and to the shoot nude. 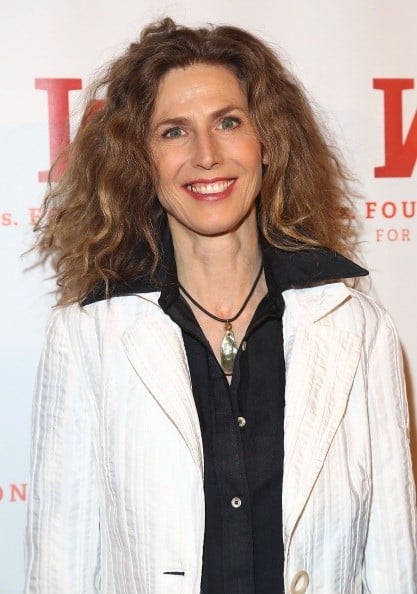 In 1998, a documentary called "The Cream Will Rise" followed Hawkins while she was touring and captured some of the struggles of her personal life and past. The film was made by director Gigi Gaston. The same year, she was set to release her third album, "Timbre," but the release was delayed by Hawkins' record company, Sony Music, as record executives were unhappy with the finished product. They particularly wanted her to remove the banjo that was featured on one of the tracks. However, Hawkins refused and after a long battle, the album was released in 1999, though Sony refused to promote it.

Hawkins then left the label and decided to form her own, Trumpet Swan Production. In 2001, she re-released "Timbre" on her own label. The rerelease included remixes, videos, and some new songs. She also released a new album, "Wilderness," in 2004, her first independently recorded and released album.

She then took a break from releasing music and was generally out of the spotlight for some time. However, she reappeared in 2012 to star as Janis Joplin in the play, "Room 105," directed by her friend, Gigi Gaston. She also released new music in 2012, an album entitled "The Crossing."

The following year, in 2013, Hawkins had a guest-starring role as herself in an episode of the popular comedy series, "Community." In the episode, she performed a number of her famous singles.

Hawkins continues to tour and completed a sold-out 2019 tour around the United States. She also has a strong international following and appeared on the German television show, "Night Grooves," in 2019, where she performed a few songs and also displayed her impressive drumming talent.

In 2012, Hawkins stated that she identified as omnisexual though she did not confirm any of the rumors connecting her to various women. She has two children – Dashiell born in 2008 and Esther born in 2015. Esther was conceived using an embryo that Hawkins had frozen 20 years previously.

Hawkins has been active in politics and activism throughout her life. In 2007, she headlined at the first Los Angeles Women's Music Festival, which supported animal rescue groups and also supported female musicians. She also has been a vocal supporter of Hillary Clinton and re-recorded one of her previous hits in Clinton's honor.

In 2010, she lent her support to the Waterkeeping Alliance, an organization of water advocates who support the protections of bodies of water and coastlines around the world. She has devoted 100% of the proceeds from her single, "The Land, the Sea, and the Sky," to the alliance. She has also been a vocal supporter of LGBTQ organizations. She performed at the Big Gay Party in 2011, an event staged by the GOProud, a group of gay conservatives. She also has supported The Trevor Project, an LGBTQ youth suicide prevention organization. 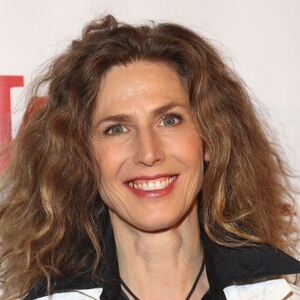