Sophia Grace net worth: Sophia Grace is an English singer and social media personality who has a net worth of $1 million. Sophia Grace was born in Essex, England in April 2003. She is best known for being one half of the duo Sophia Grace & Rosie with her cousin Rosie McClelland.

The duo posted a cover of the song "Super Bass" by Nicki Minaj on YouTube and it went viral. The video was posted in September 2011 and by 2019 had surpassed 53 million views. Sophia Grace and Rosie began appeared on The Ellen DeGeneres Show. In 2013 Sophia Grace made her solo single debut with the song "Girls Just Gotta Have Fun" and later released the single "Best Friends" which made the Billboard Hot 100 chart. Her YouTube video for "Girls Just Gotta Have Fun" has more than 200 million views. Sophia Grace signed with Capitol Records France and released the single "Girl in the Mirror" with Silento. 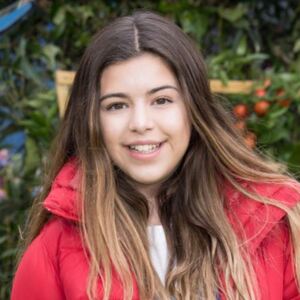