Sonny Bono Net Worth: Sonny Bono was an American recording artist, record producer, actor, restaurateur and politician who had a net worth equal to $4 million at the time of his death in 1998. He rose to fame through his relationship and singing act with pop star Cher and went later on to have a prominent career in politics.

Estate Value and Royalties: Sonny's surprisingly low net worth is partially a result of having multiple divorces around the peak of his career followed by a relatively quiet career during the late 70s, 80s and 90s.At the time of his death, Sonny did not have a will and, as a result, Cher sued his estate for $1.6 million in unpaid alimony related to their 1974 divorce. His wife at the time of his death, Mary Bono, took over his spot in US Congress. She would go on to serve for 15 years. More than 20 years after his death, Mary was still earning between $250,000 and $1 million per year in royalties, interest and dividends connected to Sonny's songwriting credits according to a congressional disclosure form.

Early Life: Sonny Bono was born as Salvatore Philip on February 16th, 1936 in Detroit, Michigan. His parents, Santo and Zena Bono, were Italian. His mother gave him the nickname of Sono, which evolved into Sonny over time. Sonny had two older sisters, and they were raised in Inglewood, California. He never graduated high school choosing instead to pursue a career as a songwriter.

Early Career: His first job in the music industry was as a songwriter for the label Specialty Records. In the early 1960s, he worked as a percussionist, promotional representative and assistant for Phil Spector. While trying to establish a music career of his own, he worked a number of odd jobs including butcher and deliveryman.

Sonny and Cher: In 1962, when Sonny was 27 and still working for Spector, he met a sixteen-year-old Cher at the local coffee shop. The two became fast friends, and Cher began singing background for Spector through her connection with Sonny. They released their first regional hit under their duo name, Sonny & Cher, in 1964. Despite not gaining nationwide airtime, it led to a contract with ATCO Records, a subsidiary of Atlantic Records. They followed its release with the hugely successful 1965 single "I Got You Babe," which sold over a 100 million copies. The song was produced and released prior to their debut studio album Look At Us, which reached no. 2 on Billboard's Hot 100 and was certified gold.

The couple went on a series of popular television shows to promote their album, and Bono's interest in politics was foreshadowed in the album's lyrics. During 1965, they had five songs reach the top 20 on Billboard, a record only surpassed by Elvis Presley. The pair found success in both television and music. They went on a popular worldwide tour for their second album "The Wondrous World of Sonny & Chér," and the duo garnered attention for their unique stage costumes and appearances.

Their third album "In Case You're in Love" was released in 1967 and sold better in Europe than in the US. It was accompanied by their first appearance in a feature film, "Good Times," which was a massive flop. They began to wane in popularity, as their musical style became softer and less psychedelic. In 1970, the duo shifted their focus to television, starring in "The Nitty Gritty Hour," a comedy variety sketch show. They followed that with smaller roles in films and a comedy show of their own. "The Sonny and Cher Comedy Hour" aired in 1971 and was initially a hit. After four seasons, it had received seven Emmy nominations. However, in 1974 the couple split up along with their music and television brand. 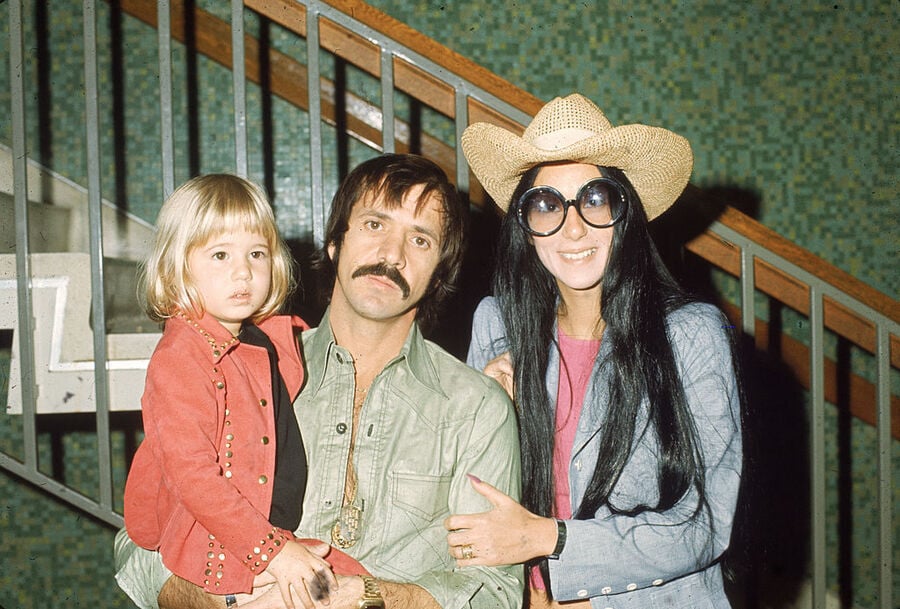 Independent Career and Politics: Sonny went on to launch a short-lived comedy show in 1974, and he starred in minor roles in film and television throughout the late seventies and early eighties. In 1985, he opened Bono's Restaurant in Palm Springs, California. The restaurant featured eleven tennis courts, and arguments with the local authorities over zoning inspired his run for mayor in 1988. Running as a republican, Bono capitalized both on his fame as a singer and his deep pockets. He spent $100,000 during the race compared to his opponents $30,000. His platform centered around making the city more business friendly and getting rid of cost-prohibitive regulations. Being during the Reagan-era, his message was a popular one, and he won in a landslide. Interestingly, he won a day after his ex-wife Cher won an Oscar for her role in Moonstruck.

While he was mayor, he did bring a film festival to the city to boost tourism profits, and with residents weary of spring break chaos, he tried to cut tourism from that demographic with targeted regulations. In 1992, he ran in the primaries for the republican candidate for senate but lost. He attributed that loss to him not being taken seriously and having a perception of "Sonny Bonehead" as he told the New York Times. He did, however, win his 1994 run for California's 44th District's House of Representatives seat. During his time in Congress, he was known as being witty and involved in the policymaking process. He was re-elected for a second term in 1996.

Personal Life and Controversy: Sonny's first marriage was in 1954 to Donna Rankin. The two had a daughter together but divorced in 1962. Sonny and Cher began dating in 1964 shortly after they met and working with each other. They went on to marry in 1964 and had one child together in 1969, Chastity (who later became Chaz Bono). The pair divorced in 1974. After he had moved to Palm Springs and started his Italian restaurant and tennis club, he had a short marriage to Susie Coelho, lasting from 1981 to 1984. His third marriage was to Mary Whitaker in 1986, and the couple had two children together.

Although public documents listed him as a Roman Catholic, Bono had an interest in the religion of scientology. Both he and his wife Maru attended Scientology classes and he publicly expressed an interested in the religious cult. It was rumored that Tom Cruise's former wife Mimi Rogers recruited him into the organization, and his last wife stated that they wouldn't let him officially leave. She also claimed that he had been addicted to valium and painkillers, but neither were found in his system at the time of his death.

Death and Legacy: Sonny Bono died on January 5, 1998 from injuries sustained during a ski accident in South Lake Tahoe, California. He died at age 62. His wife Mary Bono filled his Congressional seat and won the district in her own name seven times before being voted out in 2012. 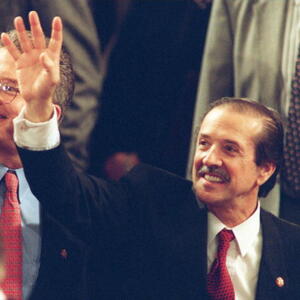