What is Solange Knowles' Net Worth?

Solange Knowles is an American singer-songwriter, actress, and model who has a net worth of $9 million. She is also known mononymously as Solange, and is the younger sister of fellow musician Beyonce Knowles.

Solange Piaget Knowles was born in Houston, Texas, on June 24, 1986. Her parents are Mathew and Tina Knowles, and her older sister is popular musician and performing artist Beyonce Knowles. As a child, Knowles studied dance and theater. She first made her singing debut at an amusement park when she was five years old, and began writing her own songs when she was nine. When she was fifteen, she joined her sister's group Destiny's Child on tour as a supporting dancer. Furthermore, she briefly replaced Destiny's Child member Kelly Rowland when the group performed as the opening act for pop singer Christina Aguilera on tour, after Rowland injured herself and broke her toes.

With her father Mathew as her manager, Knowles first entered the music business in 2001, when she sang the theme song for the Disney Channel animated series "The Proud Family". She then featured on a number of songs, including Lil Romeo's "True Love" (2002), Destiny's Child's "Little Drummer Boy" (2001) and Kelly Rowland's "Simply Deep" (2002). Additionally, Knowles also wrote the tracks "Beyond Imagination" and "Obsession" for Rowland's 2002 solo album "Simply Deep".

She began working on her debut album "Solo Star" when she was just 14 years old. The album involved notable American producers like Jermaine Dupri, The Neptunes, and Timbaland, and she also contributed as co-writer and co-producer on several tracks. "Solo Star" was recorded under her father's label, Music World Entertainment, with Columbia Records, and released in January 2003. It debuted at No. 49 on the Billboard 200, and peaked at No. 23 on the Top R&B/Hip-Hop Albums chart. Her second album, "Sol-Angel and the Hadley St. Dreams" was released in August, 2008. It featured work from producers like CeeLe Green and Mark Ronson. During this period, she also contributed several songs as a songwriter to her sister Beyonce's second and third solo albums.

After parting ways with her record label Interscope-Geffen-A&M, Knowles released the single "Losing You" (2012) through the independent label Terrible Records. Then, in 2013, she announced the launch of her own record label, Saint Records, distributed through Sony. Her third studio album "A Seat at the Table" was released in 2016 to widespread positive reviews, and became her first No. 1 album in the US. Her fourth album "When I Get Home" was released in March 2019. In addition to her many musical releases, Knowles has headlined five separate tours of her own, and been the supporting act for artists like Kelly Rowland and Justin Timberlake.

For "Cranes in the Sky", the lead single off her 2016 album "A Seat at the Table", Knowles won the Best R&B Performance Grammy Award at the 59th Annual Grammy Awards (2017). Other awards she has received include a BET Award, a Soul Train Music Award, and a Webby Award. Furthermore, in 2017 she won the Glamor Award for Woman of the Year, and was chosen as the first recipient of Billboard's Women in Music Impact Award. 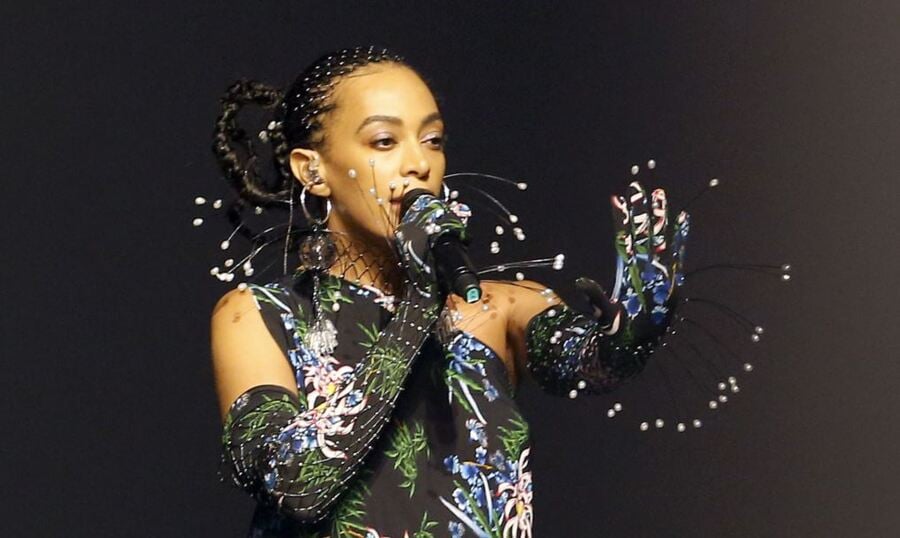 Inspired by her son Julez and his love of hip-hop music, in 2007 Knowles began promoting the hip-hop-style toy line Baby Jamz. Intended for pre-schoolers, the toys also all come with a CD that contains hip-hop inspired nursery rhymes, which Knowles was the executive producer for. Knowles has also worked extensively in the world of fashion. In 2008, she was named the brand ambassador Armani Jeans, a diffusion line from Giorgio Armani. In 2011, she was named one of the new faces of cosmetics brand Rimmel London along with Alejandra Ramos Munoz and Zooey Deschanel. She has also served as the face of campaigns for Calvin Klein, Michel Kors, Mercedes-Benz, and Helmut Lang. Additionally, the Knowles family has a fashion line, House of Deréon, named after their grandmother Agnéz Deréon, which Solange and her sister have modeled for.

Knowles married Daniel Smith in February 2004 when she was just 17 years old, and he was 19. She gave birth to their son, Daniel Julez J. Smith Jr., in October 2004. The family lived in Moscow, Idaho, while Smith studied in college there. After Knowles and Smith divorced in October 2007, she then moved to Los Angeles with her son. Then, in August 2013, Knowles announced she was moving to New Orleans, Louisiana, with her son. In November 2014, Knowles married Alan Ferguson, a music video director, in New Orleans. The couple announced their separation in November 2019.

In May 2014, Solange was seen on a security video physically assaulting Beyonce's husband, Jay Z. There has been a lot of media attention and speculation about the incident, but the family has chosen to not publicly address it. 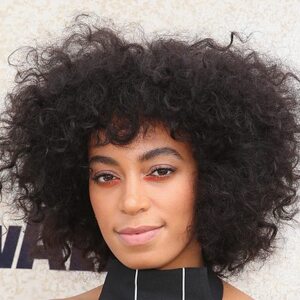