Smokey Robinson Net Worth: Smokey Robinson is an American R&B and pop singer-songwriter, record producer, and former record executive who has a net worth of $150 million. Robinson is credited with pioneering the distinct Motown sound that became incredibly popular from the 50s up until the 70s. Smokey was an integral part of the Miracles, a vocal group that saw great success throughout the Motown period. Following his departure from this group, Robinson pursued a successful solo career. He also acted as vice president for Motown Records. In 1987, Smokey Robinson was inducted into the Rock and Roll Hall of Fame.

Early Life: William "Smokey" Robinson Jr. was born on February 19th of 1940 in Detroit, Michigan. Raised in a poor household on the North End of Detroit, William earned the nickname "Smokey" thanks to his uncle Claude. Claude took William to see cowboy movies, and eventually he gave William his own "cowboy name," which was "Smokey Joe." From that point on, the young William introduced himself to everyone as Smokey Joe. Eventually, he dropped "Joe" and simply went by "Smokey."

While in high school, Smokey started a doo-wop group called the Five Chimes. Robinson was extremely passionate about music as a child, and he listened to a variety of artists on the radio. These included Nolan Strong & the Diablos, Billy ward and his Dominoes, and many others. His doo-wop group was eventually renamed the Matadors.

Career: After touring extensively throughout the late 50s, the Matadors changed their name to the Miracles. In 1957, Robinson connected with a songwriter named Berry Gordy, who helped the Miracles release their first single, "Got a Job." By this point, Robinson was studying electrical engineering at college, but he dropped out after this first single became successful.

Gordy then formed Tamla Records, which would later become Motown Records. Following a record deal with this company, the Miracles released "Shop Around" in 1960, which went on to become a hit single that sold over a million copies. Over the next decade, numerous hits followed. These included "You've Really Got a Hold on Me," "Mickey's Monkey," "I Second That Emotion," "Baby Baby Don't Cry," and "The Tears of a Clown." During this period, Robinson was the group's principal singer, songwriter, and producer. To reflect this, the Miracles changed their name to Smokey Robinson & the Miracles in 1965.

Outside of his work with the Miracles, Smokey wrote many songs for other artists signed by Motown Records. He also produced a number of tracks. Artists who worked with Robinson included the Temptations, the Marvelettes, and Marvin Gaye. This stopped when a new team of songwriters arrived at Motown, which also coincided with more artists writing their own original material.

By 1969, Smokey expressed a desire to retire. Constant tours had taken their toll, and Robinson wanted to spend more time with his family. Shortly afterwards, the group released one of their most successful hits, "Tears of a Clown." This convinced Robinson to stay with the group for a few more years, and he eventually parted ways with the Miracles in 1972. 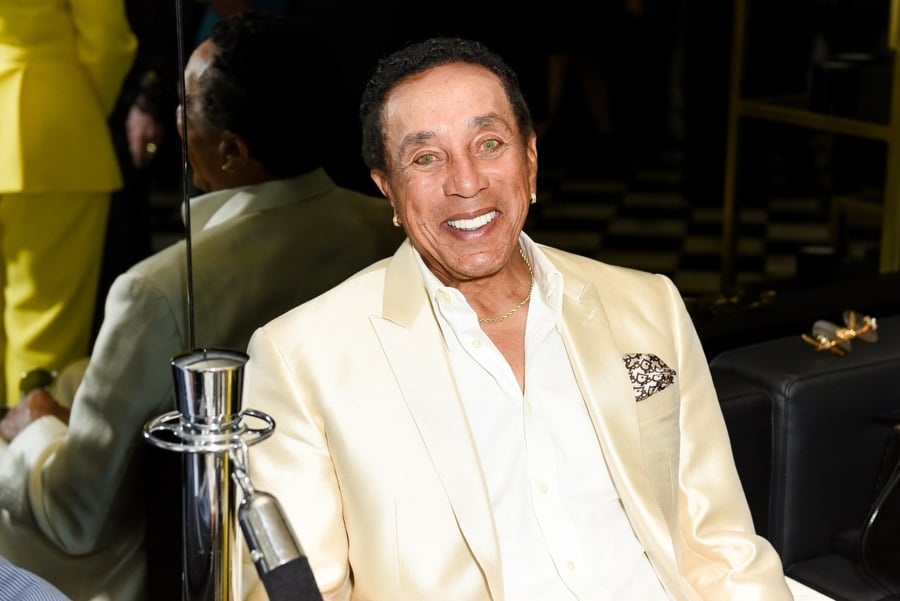 Despite suggestions that he would retire completely from music, Robinson spent just one year on hiatus before pursuing a solo career in 1973. That year, he released his debut solo album, "Smokey." He followed up with "Pure Smokey" in 1974. Although these albums were musically strong, Robinson failed to make much of an impact. This was mostly due to the fact that he was competing with established solo artists such as Marvin Gaye and Stevie Wonder.

In 1975, Smokey Robinson finally succeeded in making his mark as a solo artist. He released the album "A Quiet Storm," which contained hits such as "Baby That's Backatcha" and "Quiet Storm." After this point, he began to focus more on his role as Motown's vice president. Because of this, his next solo albums weren't properly promoted, and Smokey didn't commit himself fully to these projects as he had done in the past.

In 1979, Smokey bounced back with the single "Cruisin," which reached the top ten on the charts. In 1981, Robinson released the chart-topping single "Being with You." He achieved further success with the album "One Heartbeat" in 1987, which contained top-ten singles such as "Just to See Her" and "One Heartbeat." Following Motown's acquisition by RCA in 1988, Smokey stepped down as vice president and started focusing solely on his solo career. Throughout the next decades, he continued to collaborate with a variety of artists and release a number of singles and albums.

Relationships: Robinson's first marriage was to Claudette Rogers, who was also a member of the Miracles. After having two children with Rogers, Robinson had a third child with another woman. This resulted in the couple's divorce in 1986. In 2002, Smokey married Frances Gladney.

Real Estate: In 2002, Robinson sold his home in Encino, Los Angeles for $2.3 million. Built in 1912, this luxurious estate features 10,600 square feet of living space, including an 800-square-foot private deck. The property sits on 1.5 acres of land, which includes lavish, English-style gardens. The iconic residence changed hands once again in 2017, selling for $8.3 million.

In 2014, it was reported that Smokey was selling another Californian mansion for $7.99 million. This second property is located in the affluent Chatsworth neighborhood of Los Angeles, where many other celebrities live. The 9,075-square-foot property features a separate, 2,000-square-foot guest house. Smokey originally listed the residence in 2005 for $10.5 million, but re-listed it once more for $10 million in 2007, having struggled to find a buyer. The price of $7.99 million in 2014 represents a heavily discounted final price. 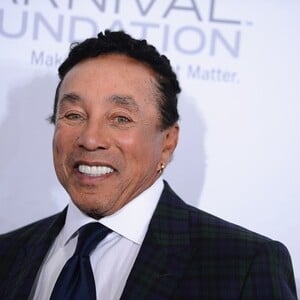