Skylar Grey net worth: Skylar Grey is an American musician, singer and songwriter who has a net worth of $16 million. Skylar famously signed a publishing deal with Universal Music when she was just 17 years old. She has gone on to release a number of albums and is an extremely successful songwriter.

Early Life: Skylar Grey was born Holly Brook Hafermann in Mazomanie, Wisconsin February 23, 1986. As a child and young adult she performed professionally with her mother in a folk duo called Generations which released three studio albums.

Holly Brook: In 2003, at the age of 17, she landed a publishing deal with Universal Music. This same year she moved to LA full-time to record a demo under the name Holly Brook. In 2004, Linkin Park's guitarist Brad Delson signed the 18-year old singer-songwriter to the band's label, Machine Shop Recordings. In 2006, while still performing as Holly Brook, she released her debut studio album "Like Blood Like Honey". The album did not fare well commercially and she was subsequently dropped from the label.

Skylar Grey: She began performing as "Skylar Grey" in 2010, releasing her first major studio album "Don't Look Down" on July 9, 2013. The album reached #8 on the US Billboard album chart, selling around 60,000 copies. She released a second Skylar Grey album "Natural Causes" in 2016.

Songwriting: Skylar Grey has been extremely successful as a featured artist and songwriter for other artists on dozens of singles. Some notable sings written or co-written by Skylar include:

"Clarity" – performed by Zedd and Foxes

"Walk on Water" – performed by Eminem and Beyonce

She has been featured as a vocalist on a number of recordings including Dr. Dre's "I Need a Doctor", Kaskade's "Room for Happiness", and Diddy-Dirty Money's "Coming Home".

Lawsuits/Personal Life: In December 2017 Skylar requested a restraining order against her ex-husband Todd Mandel. In the filing she claimed Todd was dangerous and she needed protection from him urgently. She went so far as to say that "he threatened to physically hurt me and that he had plans to do so in the next 2 hours." A judge ordered Mandel to temporarily stay 100 yards away. Around this same time Skylar was also involved in a lawsuit against an ex-boyfriend who was threatening to release sex tapes unless he was paid a large sum of money. The ex-boyfriend denied the allegations.

Her ex-husband Todd Mandel was also at one point her manager. In August 2019 Mandel filed a lawsuit against Skylar seeking a share of her music royalties. He also accused Skylar and some co-defendants of beach of contract, theft, defamation and other charges. Mandel's filings claimed that he was entitled to 15% of her publishing royalties which would equate to $300,000 in 2019 alone. That implied Skylar's 2019 publishing royalties totaled $2 million. 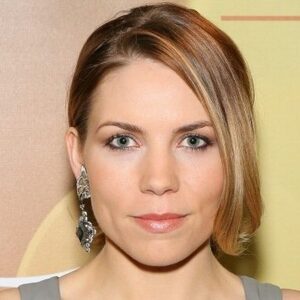