Skylar Astin net worth: Skylar Astin is an American actor and singer who has a net worth of $1 million dollars. Skylar Astin was born in New York, New York, and attended the famed Stagedoor Manor Performing Arts Camp while growing up. He was accepted to the Tisch School of the Arts, but took a leave of absence when he was cast in the original Broadway cast of "Spring Awakening".

After appearing in the massively successful musical through 2008, he went on to appear in a short-run of "Rent" at the Hollywood Bowl, while shifting his focus to on-camera work. He has since appeared in guest starring roles on such television shows as "Love Bites", "Girls", "House", and "Glee". He has also played supporting and co-starring roles in such films as "Hamlet 2", "Taking Woodstock", "21 and Over", and "Cavemen". He is most widely recognized for his co-starring role as Jesse Swanson in the hit film, "Pitch Perfect". 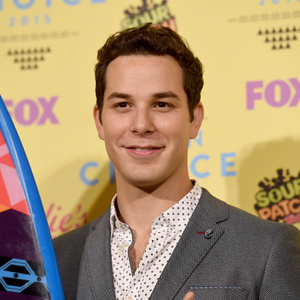