Skip Marley net worth: Skip Marley is a Jamaican singer-songwriter who has a net worth of $5 million. Skip Marley was born in Kingston, Jamaica in June 1996. He is the grandson of Bob Marley and the son of Cedella Marley. He is a reggae singer who plays piano, guitar, drums, and bass.

Marley was originally signed to the Tuff Gong record label but then signed with Blue Mountain Music before joining Island Records in 2017. He has toured with his uncles Damian and Stephen Marley. Skip Marley released the singles "Cry to Me" and "Life" in 2015. His single "Lions" reached #3 on the US Reggae Digital chart in 2017. The same year Marley was featured on the song "Chained to the Rhythm" by Katy Perry which reached #4 in the US and Australia and #3 in Canada. The song also reached the Top 10 in Austria, Canada, France, Germany, New Zealand, and the UK. 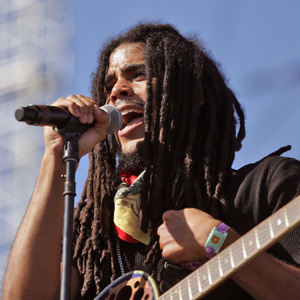