Siva Kaneswaran Net Worth: Siva Kaneswaran is an Irish singer and model who has a net worth of $4 million. Siva Kaneswaran was born in Dublin, Ireland in November 1988. He is best known for being a member of the English-Irish boy band The Wanted. Siva grew up with seven siblings including a twin brother Kumar.

He started modeling at 16 years old. Siva and his brother Kumar appeared in an episode of the TV show Uncle Max in 2008. He auditioned for a new pop group and was selected to be part of The Wanted. The Wanted formed in 2009 and were signed by Universal Music subsidiaries Mercury Records and Island Records. Their self-titled debut studio album was released in October 2010 and reached the Top 10 in the UK and Australia. The album contained the hit singles "All Time Low" and "Heart Vacancy". The group's 2011 album Battleground reached the Top 5 in the UK and Ireland. It contained their most popular hit "Glad You Came" which hit #1 in the UK and Ireland and the Top 5 in the US and Canada. The Wanted's third studio album Word of Mouth was released in 2013 and charted in eight countries. It contained their second biggest hit "Chasing the Sun" and other hit singles "I Found You", "Walks Like Rihanna", "We Own the Night" and "Show Me Love (America)". The Wanted won a People's Choice Award and Virgin Media Music Award in 2013 and are nominated for 13 awards at the 2014 World Music Awards. 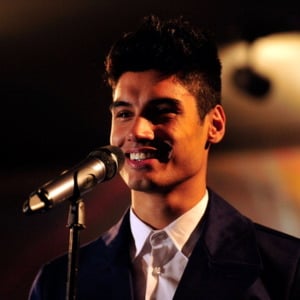