Siouxsie Sioux net worth: Siouxsie Sioux is an English singer, songwriter, musician, and producer who has a net worth of $4 million. Siouxsie Sioux was born in London, England in May 1957. She is best known for being the lead singer of the rock band Siouxsie and the Banshees and the duo the Creatures. 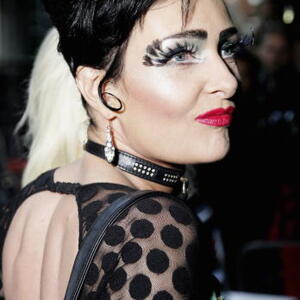