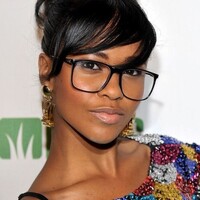 Simone Battle Net Worth: Simone Battle was an American actress and singer who had a net worth of $100 thousand. Simone Battle was born in Los Angeles, California in Jun 1989 and passed away in September 2014. In 2006 she made her TV debut in the series Everybody Hates Chris and Zoey 101. In 2011 she was a contestant on The X Factor USA. She made it to boot camp and was mentored by Simon Cowell and became a Top 32 finalist in the girls category. In 2012 she starred as Cheyenne in the movie We the Party and as Olivia in the short Meanamorphosis. In 2014 she starred as Linda in the short What We Need. Battle also appeared in 2014 in Live form the Red Carpet: The 2014 iHeartRadio Music Awards. She was a dancer in the "Teach Me How to Dougie" music video by Cali Swag District in 2010. Battle released the singles "Rain", "Just a Boy", "Material Girl", and "He Likes Boys". She became part of the group G.R.L. which was billed as the next generation of The Pussycat Dolls. As a member of that group she had her biggest hits with the singles "Wild Wild Love" with Pitbull and "Ugly Heart" in 2014. Simone Battle passed away on September 5, 2014 at 25 years old of a suspected suicide.