Sie7e Net Worth: Sie7e is a Latin singer and songwriter who has a net worth of $10 million. Sie7e was born in Bayamon, Puerto Rico in July 1977. Sie7e studied sound engineering in the United States. He returned to Puerto Rico and started working in advertising.

Sie7e dedicated himself to music in 2005 and released his self-titled debut studio album in 2006. His second studio album Para Mi was released in 2008 and his third Mucha Cona Buena in 2011. He was signed with Universal Music but signed with Warner Music Latina in 2011. His latest album Relax was released in 2014. Sie7e won the Latin Grammy Award for Best New Artist in 2011. He is married to wife Jessica and has a son. He has had hit songs with "I got your Love", "I love you", "So What", and "Touching the Sky". 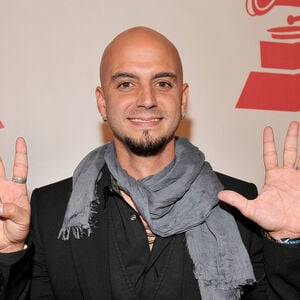