Shontelle Layne Net Worth: Shontelle Layne is a Barbadian singer and composer who has a net worth of $4 million. Shontelle was born on October 4, 1985 in Barbados, also the place of birth of her fellow artist Rihanna. Shontelle moved to Miami in 2007 where she started recording her debut album along with R&B artist Akon.

"Shortintelligence" was then released in 2008 after some delay with little success in the United States, but more impact in the United Kingdom. The teaser single, which was released prior to the album only reached position 36 of the USA Billboard top 100, but hit top 10 in the United Kingdom. Her second album, No Gravity, was released in United States on September 21, 2010. Shontelle´s style is basically R&B, pop, and reggae. The single "Impossible" from this album was released for digital download on February 2010. It gained popularity until three months later when it hit the Billboard´s Top 100, where it reached position thirteen, making this single Shontelle´s most successful song. Shontelle toured as a supportive artist for the UK leg of the New Kids on the Block 2009 World Tour. She also opened Beyonce´s "I am…Tour" in the United Kingdom. Shontelle has also participated in works of charity that include fundraisers for Alzheimer, breast cancer, girl's education, and VH1 "Save the Music Foundation". She has only released two albums so far and she does not appear to be working on anything at the moment. 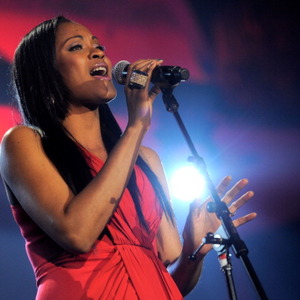