Shirley Owens Net Worth: Shirley Owens is an American soul singer who has a net worth of $3 million. Shirley Owens was born in Henderson, North Carolina in June 1941. Owens was the lead member of the singing group The Shirelles. The Shirelles formed in 1957 and have been described as the first African-American girl group to reach the top of the Billboard Hot 100.

Their debut album The Shirelles Sing to Trumpets and Strings was released in 1961on Scepter Records. They would go on to release a total of 11 albums through 1973. The Shirelles had #1 hits with "Will You Love Me Tomorrow", and "Soldier Boy". They also had the popular hit songs "Dedicated to the One I Love", "Mama Said", "Baby It's You", and "Foolish Little Girl". The Shirelles are sometimes credited with launching the girl group genre. They received the Pioneer Award from the Rhythm and Blues Foundation and were inducted into the Rock and Roll Hall of Fame in 1996. "Will You Love Me Tomorrow" and "Tonight's the Night" were named by Rolling Stone on its list of greatest songs of all time. Owens left The Shirelles in 1975 and recorded her debut album With a Little Help From My Friends. 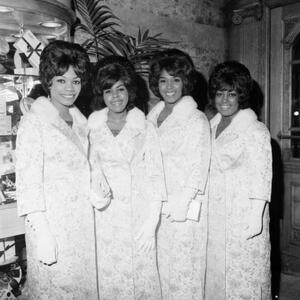