Shirley Jones net worth: Shirley Jones is an American singer and actress who has a net worth of $25 million. Shirley Jones has appeared in over 100 films, plays and television shows during her career. Named after child actress Shirley Temple, Jones' lifelong career started on stage. Her first cast was a minor role in South Pacific. It wasn't long after that she took the lead role in Romeo and Juliet, receiving raving reviews in Chicago. Jones rapidly became the actress of the 50s, taking the lead role in prolific musicals, Oklahoma, Carousel, April Love and The Music Man. By 1960, Jones received an Academy Awards for her performance in Elmer Gantry and throughout the decade, Jones continued to star in hit productions. By the 1970's Jones made her transition to television to become the main cast of the hit TV sitcom, The Partridge Family. She portrayed Shirley Partridge, a widow of five children who started a band. The show co-starred her real life stepson David Cassidy. By the late 70s Jones had her own TV show entitled Shirley, which lasted one season. This didn't dampened Jones' career as she went on to star in prominent productions as well as receiving the Hollywood Walk of Fame in 1986. By the turn of the century, she returned to Broadway, starring in 42nd Street with her son Patrick Cassidy. More recently, Jones and son starred in the 2012 Californian Musical Theatre production of Musical Man. 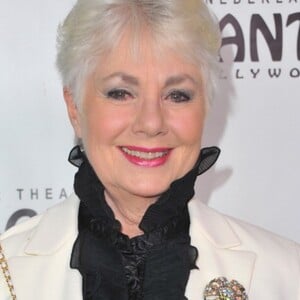