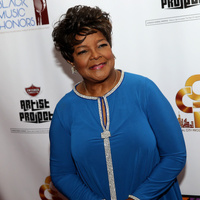 Shirley Caesar net worth: Shirley Caesar is an American gospel music singer-songwriter who has a net worth of $16 million dollars. Shirley Caesar was born in Durham, North Carolina, and began singing gospel music when she was a child. She showed immense talent from the beginning, and recorded her first tracks when she was only eleven. At age 18, she began performing with the immensely popular gospel group, The Caravans. She toured around the world and recorded with the group for the next eight years. She then left the group to pursue a solo career. Along the way, she also graduated from Shaw University with a degree in Business Administration. She also attended the Divinity School at Duke University. Over the course of her career, she has released 20 solo albums, and has won seven Dove Awards and two Black Gospel Awards. In addition to her gospel singing work, she is also one of the pastors of Mount Calvary Word of Faith Church in Raleigh, North Carolina.