What is Shirley Bassey's Net Worth?

Dame Shirley Bassey is a Welsh singer who has a net worth of $10 million. Shirley Bassey is widely known for singing the theme songs to the James Bond films "Goldfinger," "Diamonds Are Forever," and "Moonraker." She has also released a number of hit albums over the decades, including "Something," "I Capricorn," "Get the Party Started," and "I Owe it All to You." Additionally, Bassey has had several television specials on the BBC, and hosted her own variety series in the 70s.

Shirley Bassey was born on January 8, 1937 in Cardiff, Wales as the youngest of six children of English mother Eliza and Nigerian father Henry. In addition to her own siblings, she lived with two of the four children her mother had from prior relationships. As a youth, Bassey went to Moorland Road School, where she sang in the school choir. She subsequently attended secondary modern school, but left at the age of 14 to work at the manufacturing company Curran Steels. In the evenings, Bassey sang at local clubs and pubs.

Bassey signed her first professional music contract in 1953 as a member of the "Memories of Jolson" variety show tour. Later in the year, she signed with Columbia Productions for a two-performance engagement. Bassey went on to tour with the show "Hot from Harlem." Eventually, she was noticed by English impresario Jack Hylton, who invited her to appear in the West End show "Such is Life." Bassey attracted a great deal of attention for her show-stopping performance in the production, and was subsequently offered a recording contract by Philips record producer Johnny Franz. She soon recorded her first single, "Burn My Candle," which she had sung in "Such is Life." However, the song was banned by the BBC for being too suggestive. In 1957, Bassey had her first hit single in the UK with "The Banana Boat Song." She then made her American stage debut in Las Vegas before performing in Los Angeles.

In 1958, Bassey recorded two of her most acclaimed singles: "As I Love You" and "Hands Across the Sea." She had another hit with her cover of "Kiss Me, Honey Honey, Kiss Me." Shortly after this, Bassey signed with Columbia and released the hit album "The Fabulous Shirley Bassey." 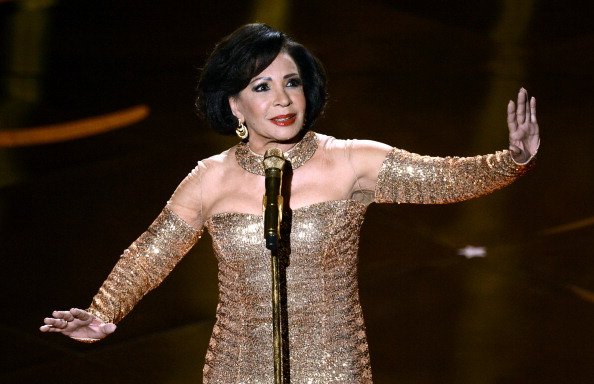 Bassey's star continued to rise exponentially in the early 60s. In the first two years of the decade, she had top-ten UK hit singles with "As Long As He Needs Me," "Reach for the Stars," "Climb Ev'ry Mountain," "I'll Get By," and "You'll Never Know." Bassey subsequently released the album "Let's Face the Music"; a collaboration with Nelson Riddle and his orchestra, it spawned the hit single "What Now My Love." In 1964, Bassey recorded perhaps her most famous song of all, the theme song to the James Bond film "Goldfinger." Released the following year in the United States, it reached number eight on the Billboard Hot 100. Also in 1965, Bassey released the live album "Shirley Bassey at the Pigalle." A couple years later, she released the single "Big Spender."

After living as a tax exile for two years beginning in 1968, Bassey made her comeback in 1970 with a run of shows at the Talk of the Town nightclub in London. The same year, she released the hit album "Something." In 1971, Bassey returned to the James Bond film franchise to record the theme song to "Diamonds Are Forever." She went on to have an incredibly successful decade, releasing such hit albums as "Something Else," "I Capricorn," "Love, Life and Feelings," and "You Take My Heart Away." Bassey also had major hits with her compilation albums "The Shirley Bassey Singles Album" and "25th Anniversary Album." She concluded the 70s with her third James Bond theme song, which was recorded for the film "Moonraker."

In the 80s and 90s, while in what she called "semi-retirement," Bassey recorded such albums as "All by Myself," "I Am What I Am," and "Keep the Music Playing." Later, in 2003, she celebrated her 50 years in the industry by releasing the album "Thank You for the Years." Four years after that, she had another hit album with "Get the Party Started." Bassey's subsequent albums have included "The Performance," "Hello Like Before," and "I Owe it All to You." With the lattermost album, which peaked at number five in the UK, Bassey became the first female artist to have an album chart in the top 40 of the UK Albums Chart in seven consecutive decades.

In 1961, Bassey wed her first husband, Kenneth Hume. The pair divorced in 1965 following Bassey's affair with actor Peter Finch. Bassey next married Sergio Novak in 1968; they eventually divorced in 1979. Bassey had two daughters, Sharon and Samantha, whose fathers remain unknown. The latter child was found dead in the River Avon at the age of 21 in 1985. 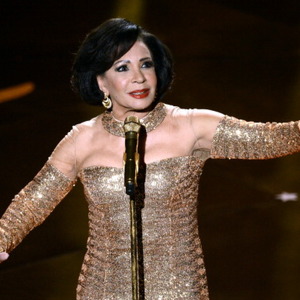