Shelby Lynne net worth: Shelby Lynne is an American singer and songwriter who has a net worth of $5 million. Shelby Lynne was born in Quantico, Virginia in October 1968. Her father shot and killed her mother and himself when Shelby was 17. In 1987 she appeared on the TNN show Nashville Now. She signed a contract with Epic Records and did a duet with George Jones.

Lynne's debut studio album Sunrise was released in 1989. She has released a total of 13 studio albums. Her breakout year was 1998 when her album I Am Shelby Lynne was released. Shelby won a Grammy Award for Best New Artist in 2001. Her 2001 album Love, Shelby made it to E1 on the US Top Heatseekers chart. Lynne's popular singles include "Little Bits and Pieces", "I'll Lie Myself to Sleep", "Things Are Tough All Over", "What About the Love We Made", "The Very First Lasting Love", "Don't Cross Your Heart", "Leavin", "Gotta Get back", "Killin' Kind", and "Wall in Your Heart". In 2005 she played Johnny Cash's mother Carrie in Walk the Line. She also won an Academy of Country Music Award in 1990 for New Female Vocalist of the Year. She started her own record label Everso Records and has recorded a Dusty Springfield tribute album and a Christmas album. 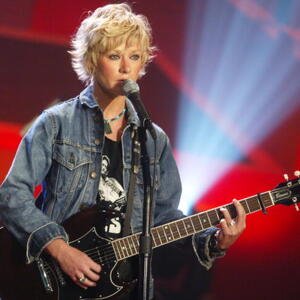