Sheila E net worth: Sheila E is an American drummer and percussionist who has a net worth of $12 million. Sheila E has earned her net worth through her collaborations with such well-known stars as Prince, George Duke and Ringo Starr. She was born on December 12, 1957 in California; her father is the percussionist Pete Escovedo.

She comes from a very musical family her uncle is Alejandro Escovedo an American singer-songwriter, Latin jazz and Salsa musician Tito Puente was her godfather. Her uncle Avier Escovedo was the founder of The Zeros, a San Diego punk band. She has another uncle the late member of the band Santana Coke Escovedo. Some of her most recent work includes the 2009 winner of the CMT reality show, Gone Country, in 2010 she was a celebrity judge for Avon Voices, and also in 2010 she toured with Prince on his 20 Ten Tour and Welcome 2 America tours. Then on May 25, 2011 she joined Marc Anthony during a performance on American Idol. She performed on The Late Night Show with David Letterman, on June 7, 2011 during the show's first "Drum Solo Week". She performed at the Academy Awards on February 26, 2012 playing into and out of commercial segments. 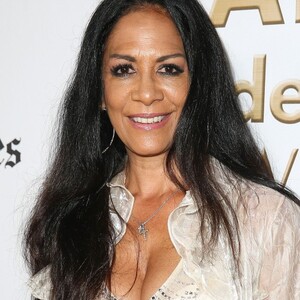