Shaznay Lewis Net Worth: Shaznay Lewis is a British singer and songwriter who has a net worth of $10 million. Shaznay Lewis was born in London, England in October 1975. She is best known for being a former member of the girl group All Saints. She joined the girl group All Saints 1.9.7.5 in 1993 which was later changed to All Saints. The group released their self-titled debut studio album in 1997. The album was certified 5x Platinum and made the top 10 in the U.K., Australia, Canada, New Zealand, and Switzerland. The group's second album Saints & Sinners hit #1 in the U.K. and was certified 2x Platinum. All Saints had nine top 10 singles and sold over 12 million records worldwide. They had three #1 singles in the U.K. including the BRIT Award winning "Never Ever". Lewis co-wrote their number ones singles "Bootie Call", "Black Coffee", "Never Ever", and "Pure Shores". Shaznay released her solo debut studio album Open in 2004 on London Records. The album peaked at #22 in the UK and contained the single "Never Felt Like This Before". As an actress she starred as Mel in Bend It Like Beckham in 2002 and appeared in the short Hideous Man the same year. 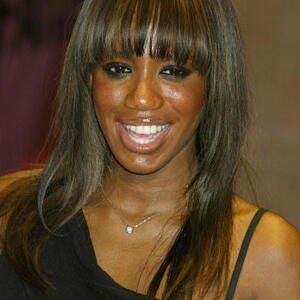