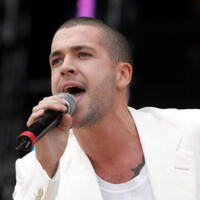 Shayne Ward Net Worth: Shayne Ward is an English pop singer who has a net worth of $3 million. Shayne Ward was born in Tameside, Lancashire, England in October 1984. Ward became famous after winning the second series of The X Factor. His debut single "That's My Goal" was released in 2005 and reached #1 on the UK Singles Chart. The song became the third fastest selling single of all time in the UK for selling more than 300,000 copies in its first day. He is the only X Factor winner to release an original single rather than a cover as his winner's single. He won a recording contract with Simon Cowell's Syco record label worth $1 million pounds. Ward's self-titled debut studio album was released in 2006. The album was certified 4x Platinum in Ireland and Platinum in the UK. It peaked at #1 in both Ireland and the UK as well as #8 in Sweden and Europe. The album contained the #1 singles "That's My Goal" and "No Promises". His second album Breathless was released in 2007 and reached #1 in Ireland and #2 in the UK. It was certified Platinum in the UK and 5x Platinum in Ireland and contained the #1 single "If That's OK with You". His third album Obsession was released in 2010 and his newest album is scheduled to be released in 2015 on PledgeMusic. Ward starred as Stacee Jaxx in the musical Rock of Ages in London and was nominated for the DEWYNTERS London Newcomer of the Year award. He competed on Dancing on Ice in 2013. In 2015, Ward released his fourth studio album, Closer, which charted in the UK and performed reasonably well commercially. That same year, he made his television debut on the show Coronation Street, playing Aidan Connor, a "distant cousin of Michelle who grew up on the same estate as her and knicker boss Carla Connor."