Shawn Mendes Net Worth: Shawn Mendes is a Canadian singer, songwriter and model with a net worth of $40 million. He first gained popularity on the mobile video-sharing app Vine in 2013, where he posted song covers. He has since become one of the most-popular and highest-paid artists in the world. Shawn has released multiple albums, achieving critical acclaim and global fame, including multiple Grammy nominations.

Earnings: Between June 2018 and June 2019, Shawn earned $40 million. That was enough to make him one of the top 100 highest-paid celebrities on the planet for the time period. The same thing happened in the following period when he earned $55 million. Those earnings came largely from his 2019 world tour which grossed $90 million. He also earns money from endorsement deals with brands like Calvin Klein.

Early Life and Career: Shawn Peter Raul Mendes was born on August 8, 1998, in Pickering, Ontario, Canada. His mother Karen is from England, and his father Manuel is from Portugal. He has a younger sister named Aaliyah. Mendes graduated from Pine Ridge Secondary School in June 2016, where he played ice hockey, soccer and participated in the glee club.

After learning how to play guitar by watching YouTube tutorial videos in 2012 at age 14, Mendes started posting his own cover videos online. He began to attract attention in 2013 after posting a cover of Justin Bieber's "As Long As You Love Me" on the social video app Vine, gaining millions of views and followers over the next few months. As he gained notoriety for his six-second covers of popular songs, by August 2014 he had the third-highest following among musicians on Vine. Artist manager Andrew Gertler brought him to Island Records in January 2014. After winning Ryan Seacrest's "Best Cover Song" contest in April 2014, he officially signed with Island Records in May that same year. Prior to his signing, Mendes had gone on tour for two months in the United States along with other prominent Vine personalities as part of MAGCON.

Success: Mendes' debut major label EP was released in July 2014, peaking at number five on Billboard 200, followed by his debut studio album "Handwritten" in April 2015. "Handwritten" was certified platinum after it quickly hit number one on the Billboard 200 chart, selling 106,000 copies in its first week. The third single from the album "Stitches" achieved particular success, as it became Mendes' first top ten single in the United States, later reaching number one in the United Kingdom as well. Following this success, Mendes was listed on Time's "25 Most Influential Teens of 2014" and "The 30 Most Influential Teens of 2015".

In early 2016 Mendes announced his headliner world tour The Shawn Mendes World Tour, which sold out 38 shows in North America and Europe within minutes. His second studio album "Illuminate" was released on September 23, 2016, once again debuting at number one on the US Billboard 200 chart. The singles from the album "Treat You Better" and "Mercy" both performed well in the charts as well. 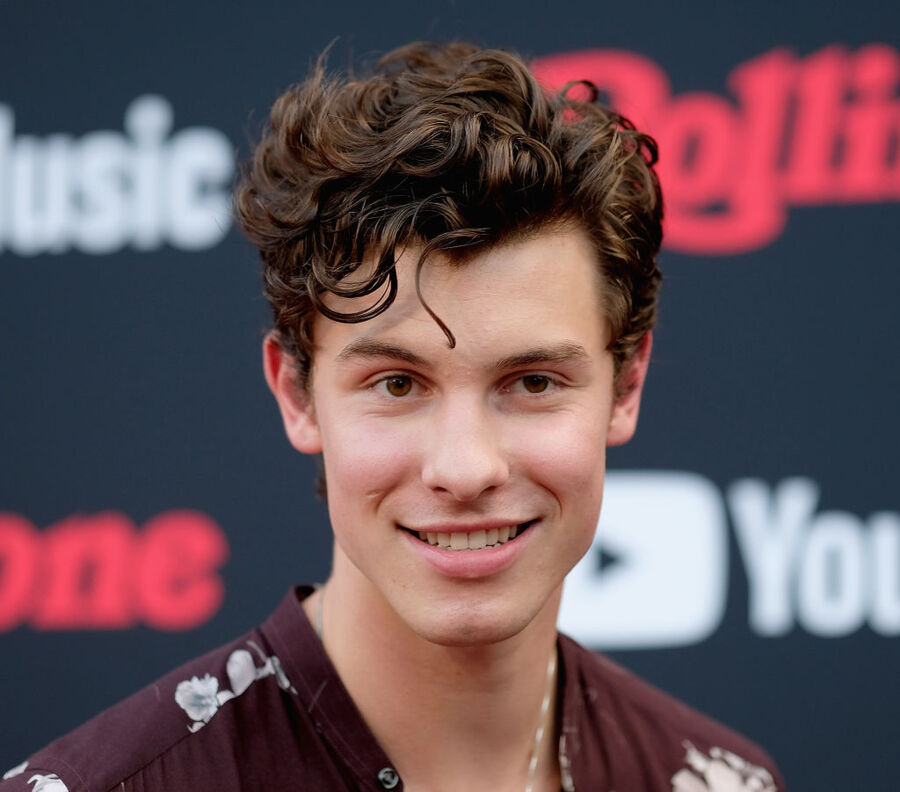 Mendes embarked on his Illuminate World Tour in April 2017, and released the single "There's Nothing Holdin' Me Back" the same month on the deluxe edition of "Illuminate". This was his third single after "Stitches" (2015) and "Treat You Better" (2016), making him the first artist under the age of 20 to have three number-one songs on the Billboard Adult Pop Songs chart.

Following the success of the release of his self-titled album on May 25, 2018, Mendes become the third-youngest artist at the time to collect three number-one albums. His self-titled world tour began in 2019, and he also performed additional shows at several music festivals across Europe, North America and South America, as well as at a televised concert honoring the 92nd birthday of Queen Elizabeth II.

His 2019 collaboration with singer Camila Cabello, "Senorita", was Mendes' first time having a song as number one on the Hot 100 chart. The song marks the pair's second time collaborating, after 2015's "I Know What You Did Last Summer".

Television and Film: Mendes made his acting debut on The CW's "The 100" third-season premiere on January 21, 2016. Since then, he has made numerous television show appearances, such as on "The Tonight Show Starring Jimmy Fallon" and "The Late Late Show with James Corden".

Mendes also starred in a documentary directed by YouTuber Casey Neistat, which was part of YouTube's Artist Spotlight Story Series. It features behind-the-scene footages of one of Mendes' tours, as well as an interview with him, and was published on YouTube on September 28, 2018.

Other Ventures and Projects: Mendes officially made his model debut in June 2017, when he walked the runway for Emporio Armani's Spring 2018 show in Milan, Italy. He was subsequently announced as the ambassador for the Brand's Fall Winter 2018-2019 watch collection in June 2018. Other brand endorsements Mendes has include his position as brand ambassador for Calvin Klein's #MyCalvins campaign, SmileDirectClub, and Canadian-based food chain Tim Hortons, as well as Canadian clothing brand Roots Canada.

Personal Life and Philanthropy: Mendes began dating fellow musical collaborator, Cuban-American singer Camila Cabello, in July 2019. He has been open about his struggles with anxiety, publicly speaking about his experiences undergoing therapy. In August 2019 he announced the launch of the Shawn Mendes Foundation, which aims to "inspire and empower his fans and today's youth to bring about positive change in the world and advocate for issues they care most about." 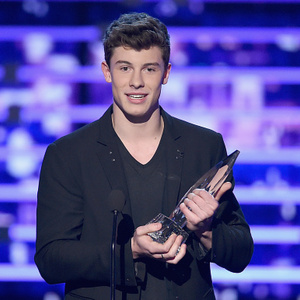