How much is Shawn Desman Worth?

Shawn Desman net worth: Shawn Desman is a Canadian pop/R&B singer of Portuguese descent who has a net worth of $6 million. Shawn Desman was born on January 12, 1982 in Vaughan, Ontario, Canada.He started singing in his Portuguese/Italian communities at the young age of 9 years old. At the age of 12 he started taking dance classes, shortly after because of his immense talent he tought his own dance classes. At the age of 16, he decided to take his singing career to a whole new level, he then recorded demo-tapes and sent them to various major record labels. After a while, he got discovered by his manager Camara Alford for BMG. In 1998, Shawn Fernandes was in the Boomtang Boys video for their song "Squeezetoy" as a dancer. He had a few recordings in English and Portuguese under his real name Shawn Fernandes before adopting the name Desman. His self-titled breakthrough album in 2002 featured three top ten singles ("Shook", "Spread My Wings" and "Get Ready") on the Canadian charts. Although singing is his first love, he is recognized as a multi-faceted entertainer because he has amassed a notable dance, production and acting repertoire over the years. His acting and dance credits include a major role in last year's teen movie "Get Over It". His producer skills were honed via collaborations with producer/writer teams that have worked with Backstreet Boys and TLC. He has written and co-produced many of the tracks on his forthcoming release. He is the oldest of three brothers, others being Canadian singer Danny Fernandes and another brother Jonathan Fernandes. Shawn Desman has released three studio albums that have gone platinum and gold in Canada. In 2006, he won a Juno Award for "R&B/Soul Recording of the Year". In 2011, he won "Video of the year" at the MuchMusic Video Awards for his video "Electric/Night like this". In 2013, he released his fourth studio album which spawned several hit singles. 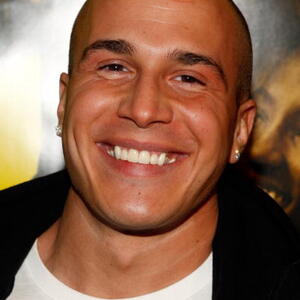