Sharleen Spiteri Net Worth: Sharleen Spiteri is a Scottish recording artist and songwriter who has a net worth of $15 million. Sharleen Spiteri was born in Bellshill, North Lanarkshire, Scotland in November 1967. She is the lead singer of the rock band Texas. She worked as a hair dresser before focusing on singing full time. Texas formed in 1986 in Glasgow, Scotland. Their debut studio album Southside was released in 1989 which contained the international hit single "I Don't Want a Lover". The album reached #1 in Switzerland and #3 in the UK and France. The band has released a total of eight albums including their latest release, The Conversation in 2013. Their 1997 album White on Blonde was certified 6x Platinum in the UK and their 1999 album the Hush was 3x Platinum. Both albums peaked at #1 on the UK charts. The band's most popular singles include "Say What You Want", "In Our Lifetime", and "Summer Sun". White on Blonde was nominated for a BRIT Awards for Best Album in the Past 25 Years in 2010. As of 2013 Texas has sold 35 million records worldwide. Spiteri released her debut solo studio album Melody in 2008. The album was certified Gold in the UK and reached #3 on the UK chart. Her most popular single is "All the Times I Cried" off her debut album. She released a second album The Movie Songbook in 2010. She was selected to star in the movies Three Blind Mice and Moulin Rouge!, but was unable to do either one. 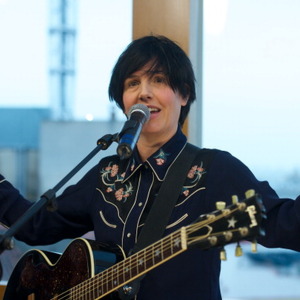