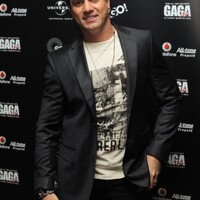 Shannon Noll net worth: Shannon Noll is an Australian singer who has a net worth of $3 million dollars. Shannon Noll was born in Orange, New South Wales, Australia, and grew up working on his family's farm. He appeared in school plays, but went on to work in the farming industry as an adult. He formed a band with his brothers, called Cypress, and the group gained a following in the Australian outback. After the death of his father and a two-year drought that took a toll on the entire farming industry, Shannon and his brothers sold the family farm, and struggled to get back on their feet. He was encouraged to audition for the first season of "Australian Idol", by his soon-to-be father-in-law. His audition was successful and he made it all the way to the finals, dropping into the bottom 3 only once. He finished in second place. He released his first album, "That's What I'm Talking About" in February 2004. The album's first single, "What About Me", debuted at #1 on the Australian charts and went 4-times Platinum. He has since released five more successful albums and won numerous awards.